Africa
Don’t forget Africa. New itineraries available are for safaris to Wild Dogs, Bengweulu Swamps and other unusual parts of Zambia. Jo Meintjes Travel has linked up with an organisation offering a variety of tours to Uganda for chimpanzees and gorilla safaris.
Botswana
Jo Meintjes went on one of the first voyages of the completely rebuilt Zambezi Queen in December 2009 which sails on the Chobe River. The ship has 14 en suite luxury cabins while the covered top deck is given over to the dining, pub and lounge area for superb game viewing opportunities. The windows fold right back to the open air but also have mosquito screen and shutters for use when required. In addition staff will take you on pontoon boats for close-up game viewing, or fishing. They run 3 or 4 night cruises out of Kasane (serviced by Air Botswana) but the Zambezi Queen is available both for charter or individuals can join others on the regular departures. Transfers at extra cost can be arranged from Victoria Falls or Livingstone.

There was a superb dinner arranged in a boma on shore one night with star-gazing to follow. A half day game viewing was included in the price to visit Chobe National Park. Bird life like the African Fish Eagle and Spoonbill was prolific as were the big mammals: buffalo, hippo, elephant, lion and wild dog.

Jo keeps her eye out for ‘specials’ to the lodges in Okavango but visiting these areas is the same cost as a trip to Europe, but then the experience cannot be duplicated anywhere else. 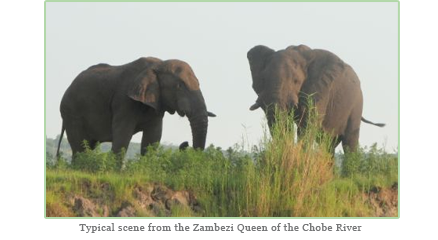 Mali
After successfully running tours in 2004 and 2005 to Mali to see the Dogon People and Timbuktu – Jo Meintjes will organise tours in future for individuals or your own groups. Unfortunately Mali is now on hold with its recent unrest.

A salt caravan:
Jo was incredibly lucky to see them as they are not usually operating in 45 °C heat in April, the hottest month in Mali. Each camel carries 4 tombstone-size blocks of rock salt weighing 20 kgs each. They have come from the mine at Taoudenni, Mali which is 23 days camel ride north of Timbuktu. There were three strings of camel in this caravan. You can see the salt blocks strapped to the side of the beast of burden.

Madagascar
Jo is crazy about lemurs so forgive the favouritism. Another successful tour was operated in 2007. 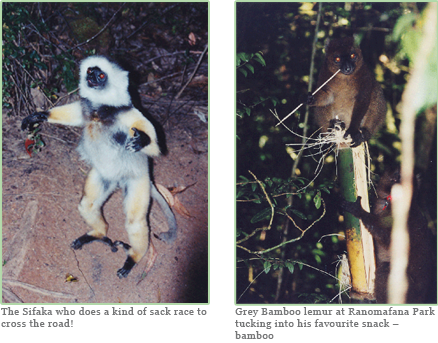 A further tour was run in 2011 to see two very endangered species the secretive nocturnal Aye Aye and the Red Ruffed Lemur endemic to the wettest and most inaccessible National Park. They were successful in spotting both. Spot the photo they took of the Aye Aye in the banner! Customised tours can be arranged with the local operator on request for individuals or groups.

Kenya & Tanzania
Jo regularly organises tours to these countries, mainly for the Migration. As Kenya’s rates are generally inexpensive in the Masai Mara compared to the migration in the Serengeti which is the same park across the border she tends to send clients to Kenya. You can travel in luxury to exclusive safari camps near the river crossing or travel with regular set departures. Of course the migration can never be guaranteed.

Skeleton coast – Namibia
This is one of Jo Meintjes’ favourite destinations since she flew over it and camped in 1983 when Louw Schoeman ran the family business: Skeleton Coast Safaris. Since his untimely death his sons and daughter have continued the same tradition to run a masterful operation. Jo revisited the area in 1993 and would visit again tomorrow. Some of her photos of this remote area are featured on this page.

Namibia in general
Jo can organise customised tours or send you on reasonably priced set departures and will discuss which areas of this vast country you would like to visit through her experience of many visits. 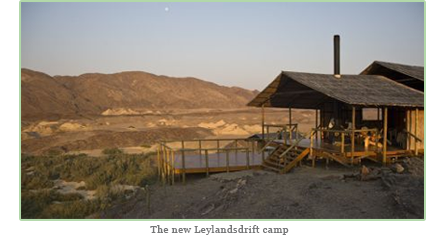 Rwanda & Uganda
Jo has linked up with an organisation offering a variety of tours to both countries for chimpanzees and gorilla safaris.

FOR OTHER AFRICAN DESTINATIONS PLEASE CONTACT JO. She does organise customised tours to Ethiopia, Malawi, Mocambique, Zambia on request